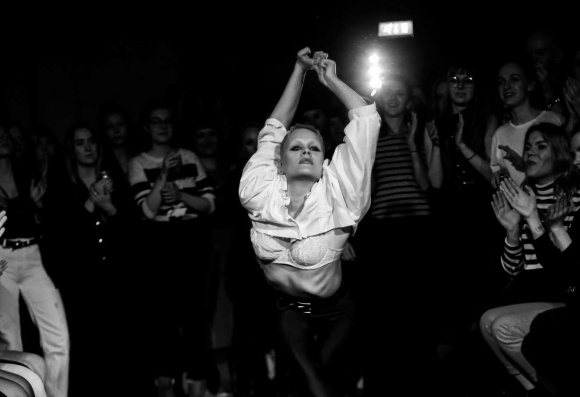 Venla (in ballroom Miila Angels Prodigy) is a 29-year-old dancer, voguer and architect originally from Finland but has resided in the Netherlands since 2017. She grew up surrounded by dance but started dancing herself in her twenties. Since then, she has been practicing various dance forms but voguing became her main focus since she got into it in 2014. She has been an active part of the ballroom community in Europe since 2016 and is part of Kiki House of Angels as well as The Iconic House of Prodigy. In ballroom, her main categories are New Way Vogue and European Runway.